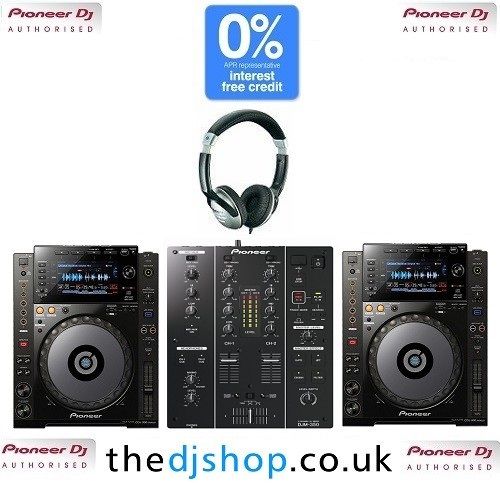 This package is no longer available - Please click HERE to view our latest DJ Packages.

This package is no longer available - Please click HERE to view our latest DJ Packages.

Capable of Recording Directly to USB Devices
Users can record their own DJ mix directly to a USB storage device without having to use a computer or recording device. As recorded DJ mixes are saved in the WAV file format, they can be imported and listened to on a PC or portable audio player.

Four Kinds of Effects Allow for Intuitive Remixing
The DJM-350 comes equipped with four kinds of effects—Filter, Crush, Jet and Gate. The intuitive controls allow sounds to be altered so original arrangements can be added to songs and users can enjoy DJing with all kinds of remixes.

Isolator Equalizer on Each Channel
The DJM-350 has a built-in 3-band equalizer (Isolator type) that allows a broad range of level control, from +9dB to -8 (cut) in each of the HI, MID & LOW ranges. Each band can be controlled independently.

Digital System Means Clear Sound
The analogue signal is converted to digital via the shortest of circuits. The analogue and digital circuit are isolated from each other, and all signal processing is performed by a high-performance CPU that minimizes noise. The DJM-350 inherits the high fidelity design of the DJM series so users can enjoy DJ mixing with a clean, clear sound.