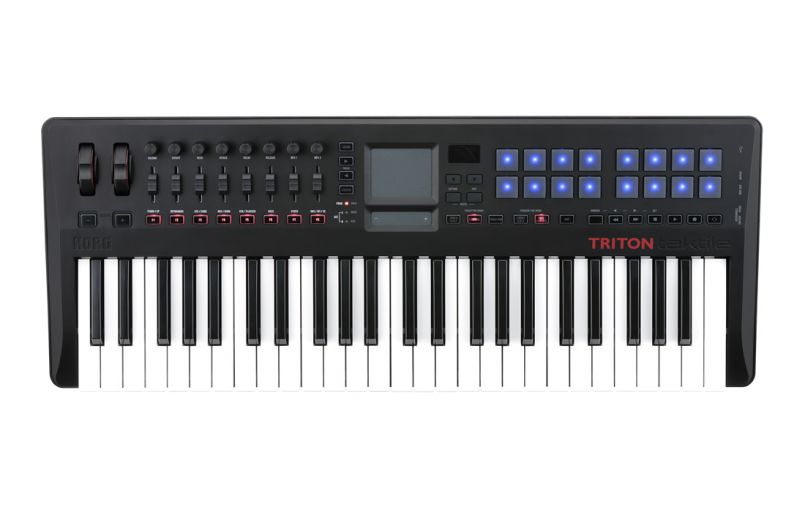 Triton Taktile can also be used as a standalone synth, powering from either an optional PSU or batteries. The inbuilt 512 sounds cover everything from electric piano and organ to synth leads and elegant pads, which give this keyboard a feature set unrivalled by any other USB/MIDI controller. You can even use Triton Taktile as a sound module to compliment or enhance your existing music production setup.